• The cooldown time between activating each Arcane Stone has been decreased to 4 hours. • In addition to the existing rewards upon completion of the quest: 5th Job: Record of Powers, Awakening of Powers, you'll now receive 5 Core Gemstones. • Players who completed the quest before this Patch Update can receive these additional rewards between 17 May (After Update) - 9 August (Before Maintenance), by accepting the quest History Observer's Gift from the light bulb on the left. 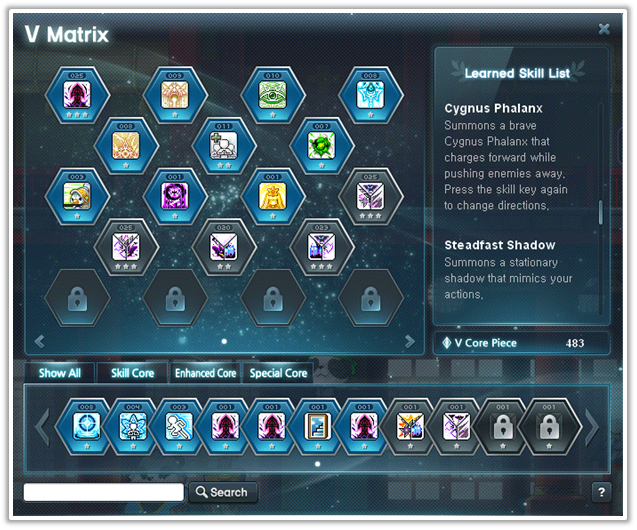 • Each V Matrix Slot will be unlocked every 5 levels after level 200. • You can now have a maximum of 14 V Matrix Slots. (Unlocks up to Level 250!) • Over 50 new skills has been added! They can be learnt via the V Matrix system.

Experience BEYOND your true powers with these newly added skills! 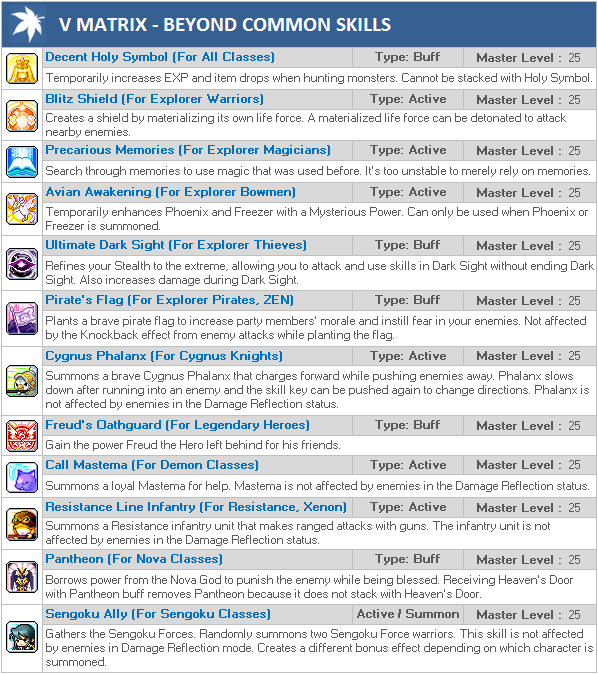 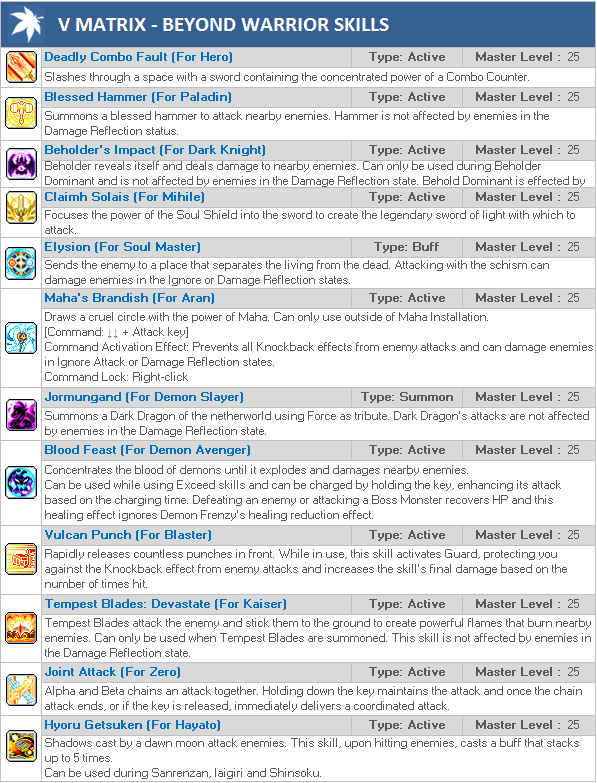 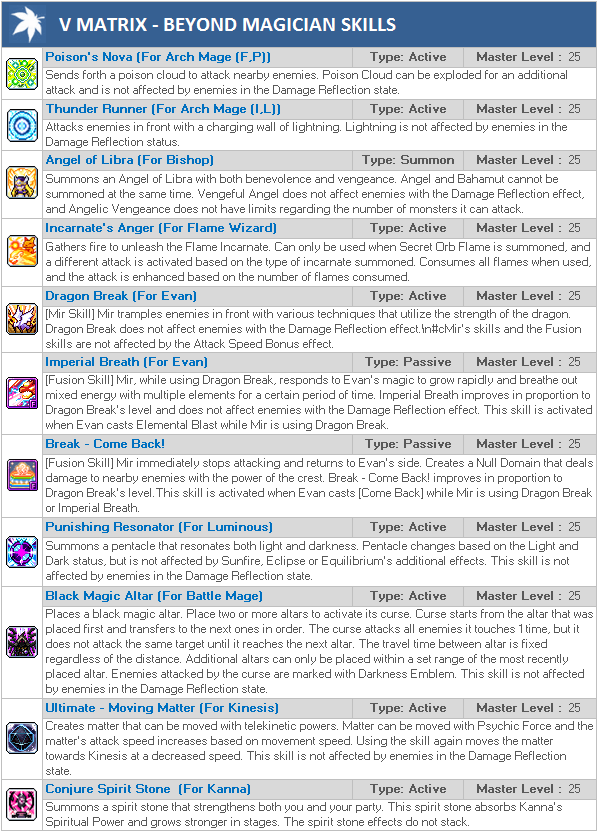 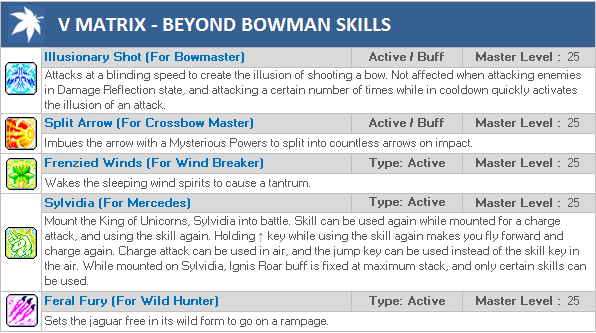 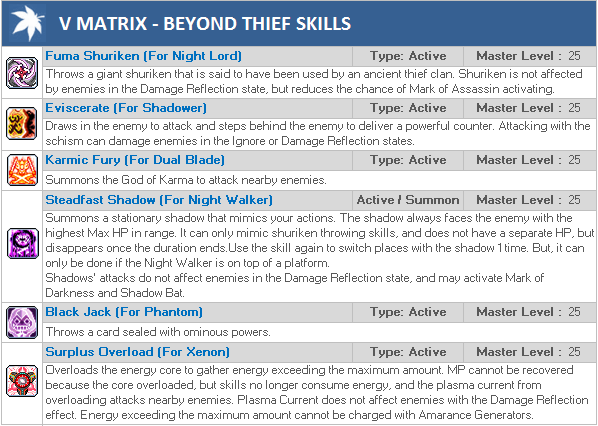 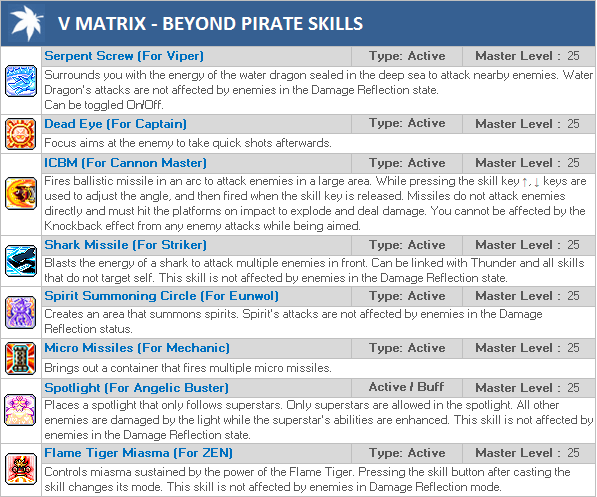 
Have you ever wanted to have a Boss Battle with ALL your characters?! Now, it is possible! Build your very own Maple Union! Introduction

• Access the Maple Union UI through the Menu Button and selecting "Maple Union". • Maple Union system is a new system which replaces the existing Character Card and Part Time Job system. • Start Maple Union questlines by talking to Ms. Appropriation the Dragon Slayer once your Union Level is 500 or more and you have 3 Union Characters. 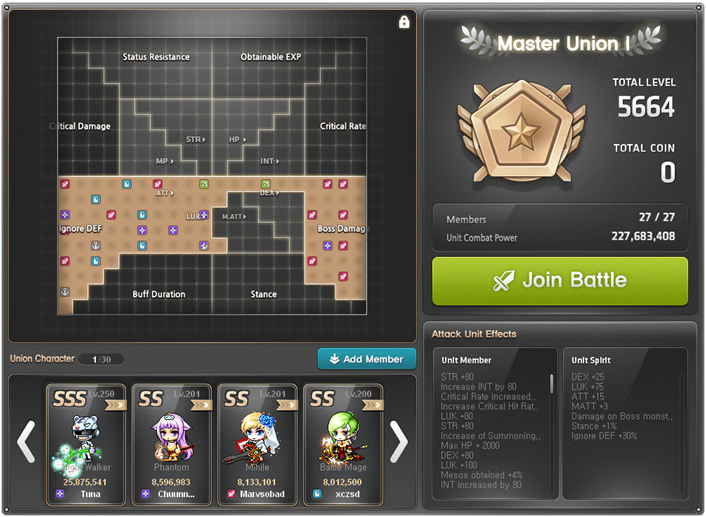 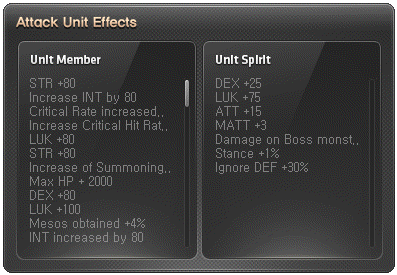 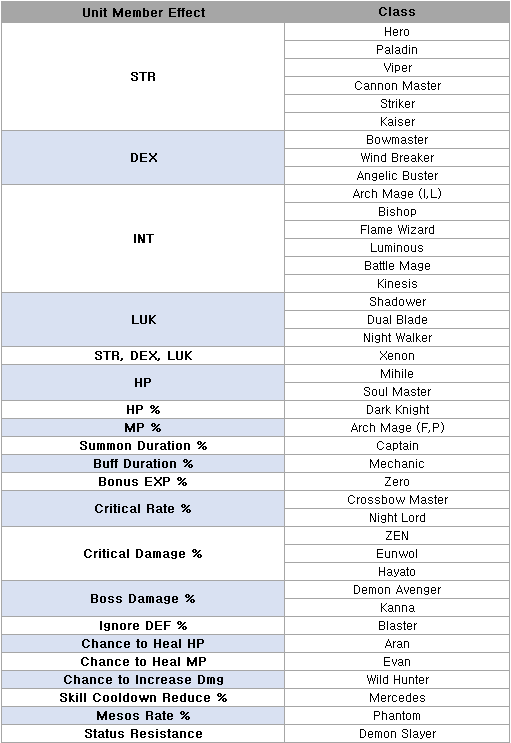 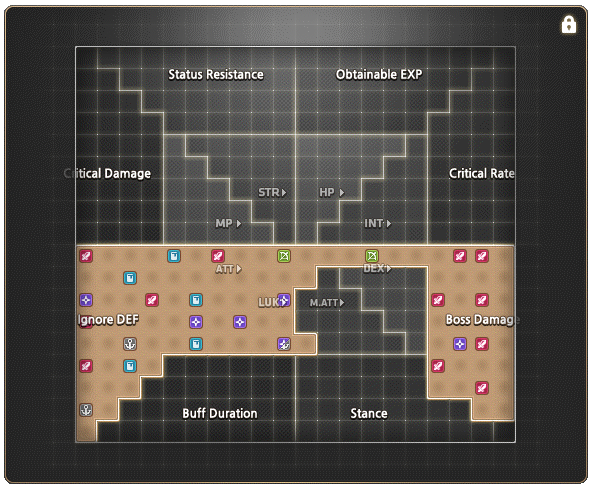 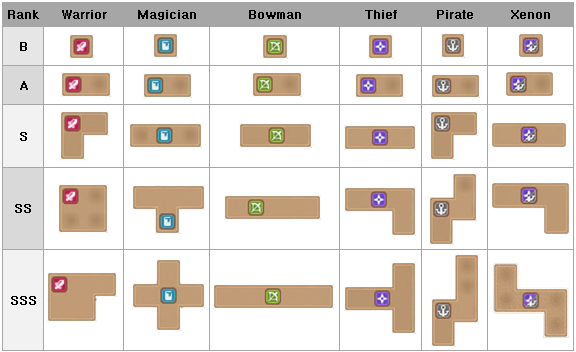 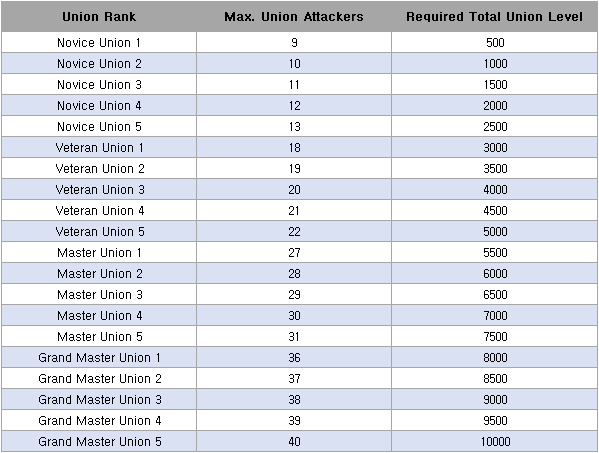 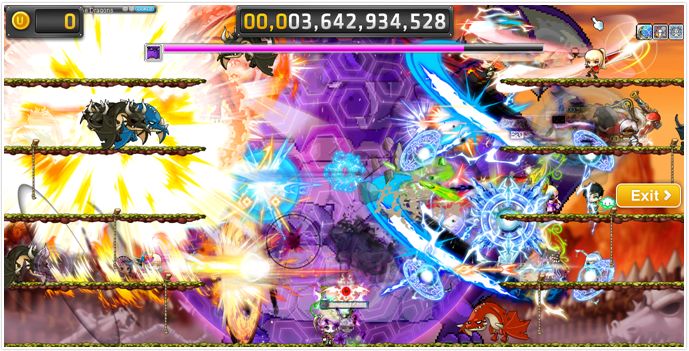 • The Union Battle is a new system fought by you and all the attackers placed on the Battle Map, which allows you to earn Union Coins! • By clicking on the "Join Battle" button on the Union UI, you'll be able to fight the boss with your attackers! • Inside the Union Battle, you'll see all your characters attack the boss monster in the center of the map.    → Attackers will deal damage based on their Attack Power.    → Attack Power is determined by each attacker's Star Force and Level.    → You can control your own character and use skills freely in this map.    → The boss monster will not move nor will it attack, but will summon Dragons and Wyverns from time to time, which will be used to complete certain daily quests. • The Boss HP is divided into two sections: Shield HP (Purple Gauge) and Regular HP (Green Gauge).    → The Automatic Attacks will damage the Purple Shield HP gauge first.    → The Purple Shield HP Gauge can only be damaged by your Battle Map Attackers automatic attacks.    → The Green Regular HP Gauge can be damaged by your currently controlled character.    → When the boss is left with the Purple Shield HP gauge, your currently controlled character will not be able to deal damage to the boss. • The Boss HP is updated every 5 seconds. Every 100b damage dealt to the boss will reward 1 Union Coin. • Even if you're offline or not in the Union Battlefield, your attackers placed on the Battle Map will still continue to deal damage to the boss and accumulate Union Coins.    → Simply enter the Union Battle time to time to collect your hard-earned Union Coins by your Maple Union!    → All Union Coins will be credited upon exiting the Union Battlefield. • Daily quests are available to obtain even more Union Coins! Union Coin Shop 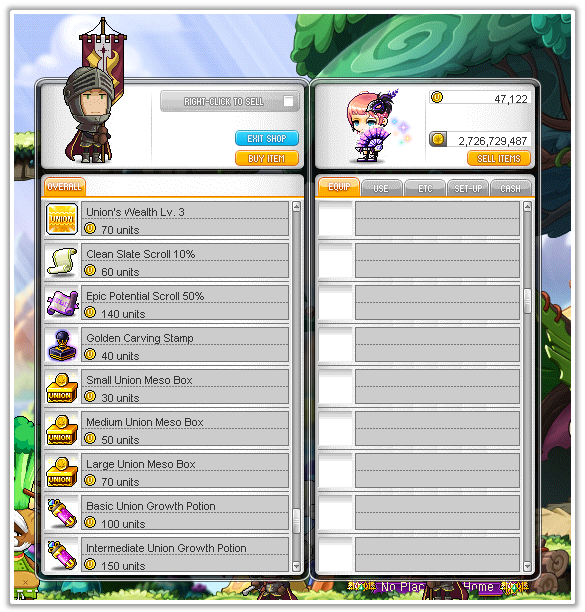 • Upon entering, you'll have 3 minutes to protect the Sleepy Music Boxes and destroy the corruption of Nightmare Music Boxes! • Destroy Nightmare Music boxes and turn the gauge completely yellow to clear the stage within the time limit. When the gauge is completely purple due to Nightmare Music boxes, you'll fail the stage. • There is technically no limits on the number of stages in Dream Breaker, so do your best till the very end! • Based on your highest clear record, you can choose to begin at the 1st Stage or any 10th stage that you have previously cleared. Tactics Board UI 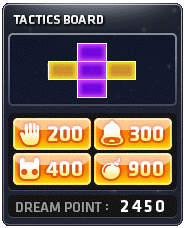 • The Tactics Board UI provides various information and useful skills, to aid you while you're in Dream Breaker. • There are 5 Rooms in the map, each of the rooms having it's own Music Box. Protect the Music Boxes from nightmares! • You can view the information of each Music Box of each Room using the UI. • 4 Tactics skills are available to aid you using the cost of Dream Points, which can be obtained by clearing Dream Breaker Stages. • Each Tactic Skills can only be used ONCE per stage, so you are recommended to use the skills wisely. • The list of effects of the Tactic Skills is as follows.    → Gauge Hold: Stop the gauge from moving for 5 seconds. (Cost 200 Dream Points)    → Bell of Self-Awareness: Removes 1 random Nightmare Music Box. (Cost 300 Dream Points)    → Summon Rag Doll: Summons a Rag Doll which attracts nearby enemies for 15 seconds. (Cost 400 Dream Points)    → Detonation: Instantly kills all monsters and prevent them from spawning for 10 seconds. (Cost 900 Dream Points) Rewards Based on the highest cleared stage you've achieved, you'll receive the following: • EXP based on the highest cleared stage. • Dream Coins    → You can exchange 30 Dream Coins for Arcane Symbol: Lacheln via NPC Dream Rag Doll. • Complete the Dream Breaker during the Dream Breaker Open Event to receive DOUBLE the Dream Coins obtained! Click here to learn more! Best Dream Breakers Ranking Board 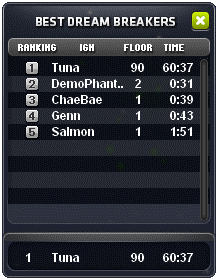 Various systems and game contents has been updated in this patch.

The following contents are closed temporarily to prepare for a revamp. Stay tuned for a new experience! • Mu Lung Dojo (Returning 14 June 2017) • Fantastic Theme Park The following systems will be removed due to the introduction of the Maple Union system. • Character Card System • Part-Time Job System 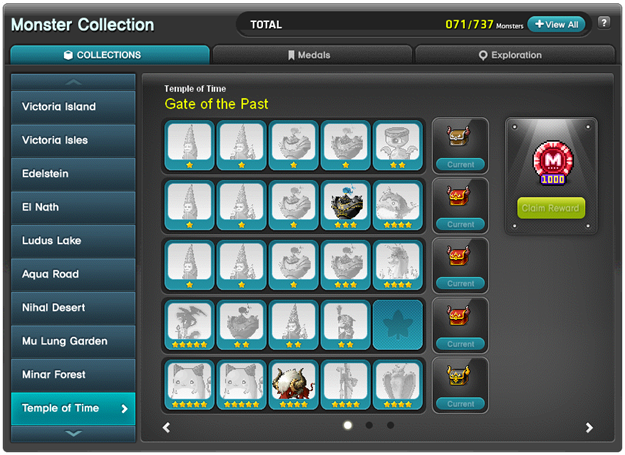 • The requirement to access the Exploration Tab of the Monster Collection is now Level 33+. (Zero Characters must complete Chapter 2) • The rate to register Monsters below Level 50 has been improved.

• Story Mode Lucid will be added during the release of Hard Lucid. You must have the quest "Showdown" in progress to access this option.    → Clearing Story Mode Lucid allows you to clear the quest Showdown.    → You'll be able to proceed to the quest [Dream Fragment] Sixth Subconscious upon clearing the quest Showdown. • Number of S-Grade Hypercores dropped from Lotus (Normal/Hard) has been increased. • Number of Warped Brand Soulstone dropped from Damien (Normal/Hard) has been increased. • Number of Butterfly Wings Water Drop Stones received from the Music Box upon clearing Lucid (Normal) has been increased. • Conversion of exchanging an Absolab Coin from NPC Sensitive Squadroid has been revised. (20 A-Grade Energy Core + 1 S-Grade Hypercore = 1 Absolab Coin) • Conversion of exchanging a Stigma Coin from NPC Quartermaster Sakaro has been revised. (20 Faded Brand Soulstone + 1 Warped Brand Soulstone = 1 Stigma Coin)

• Item buff display has been added when you wear equipment with time-based buffs like the Pendant of the Spirit.    → Tooltip of the buff will also show your current Bonus EXP gain, and how long more is needed to the next stage.
• The Character Stat Window elements: Critical Rate / Critical Damage display has been split into 2 rows, to make it easier to identify.    → Critical Damage will now display up to 2 decimal points. • When changing damage skins, a notification has been added for confirmation. • You'll be able to purchase arrows and recharge throwing stars / bullets via NPC Nack in Ardentmill. • You can now search quest titles in the Quest UI on the In Progress tab. • A hotkey has been added for the Battle Statistics system. • When using Spell Traces to upgrade items, you'll be informed once again of the scroll you're about to use. • When you change channel at the Entrance of Arkarium's Altar, you'll not be warped back to the Crack in Time map. • Mystic Door and Teleport Rock related items can now be used in the Lion King's Castle region.    → You'll be able to teleport up to the respective questlines on the respective section you've completed the quest on. • The EXP system when you're in a party has been changed.    → You'll start obtaining Shared Party EXP once you start attacking monsters in the field.    → If you have not attacked any monsters / on a safe spot for more than 10 seconds, you'll no longer receive the Shared Party EXP. 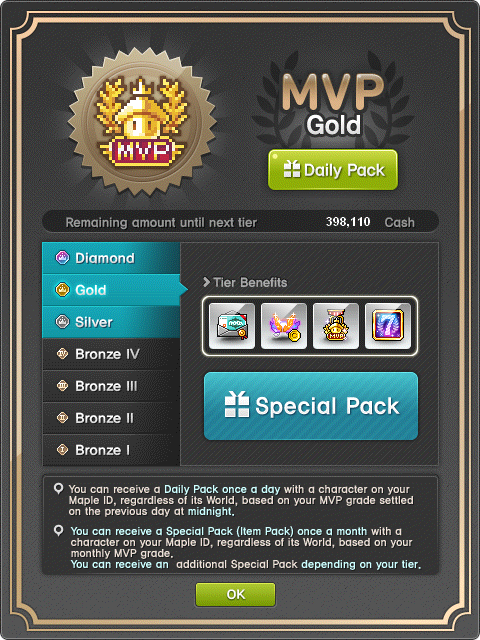 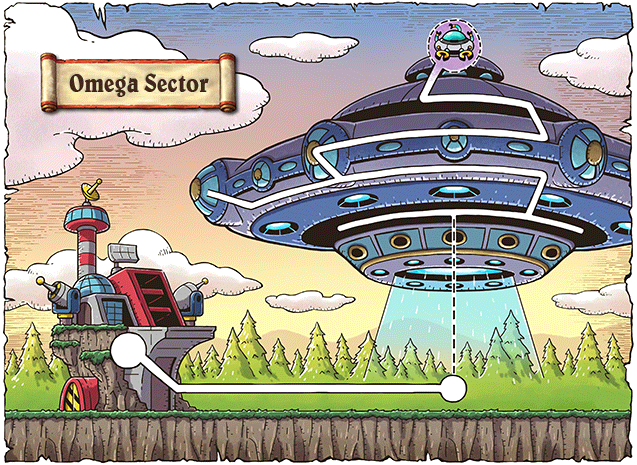 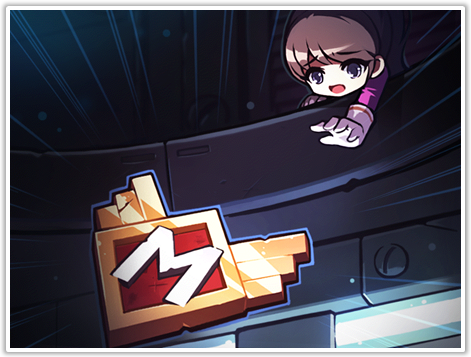 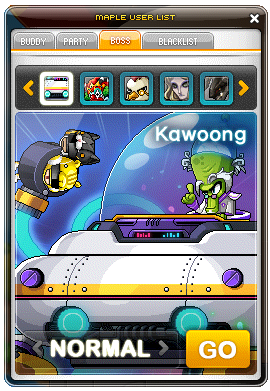 Level Requirement: 180+ Quest Pre-Requisite: [Omega Sector] Seventh Member How to Start: At the top of the UFO at Omega Sector or via the Boss UI Registration. Introduction

• Kawoong is a Boss which is located at the UFO of Omega Sector. • He makes a cleaning robot to destroy the Mesorangers daily! • Speak to Dr. Gray at the UFO Interior: Flight Deck to begin your challenge. Required Party Members: 1 ~ 6 Time Limit: 30 Minutes. Entry Limit: Once a Day. Rewards • Mesos • Recovery Items • Resurrection Flame Level 110 • Kawoong's Part Note: Kawoong's ETC parts can be sold to Merchant NPCs for 100,000 Mesos each! 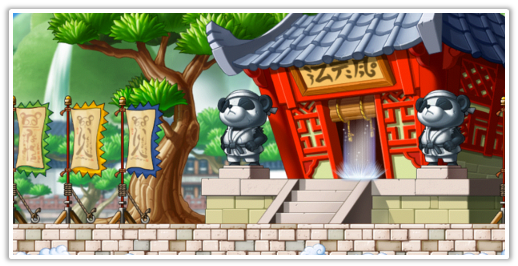 New Challenges arise! The Formidable Foes returns! Check out the changes below!

• Mu Gong has revamped his dojo once again, bringing new heights and challenges.    → The Dojo has now been expanded to the 63rd Floor! • Formidable foes has been added between the 41st ~ 62nd Floor, and Mu Gong resides at the 63rd Floor.    → Cygnus and her Knights waiting for you between the 51st ~ 56th Floor.    → Mu Gong's disciples awaits you between the 57th ~ 62nd Floor. New Features • All Monsters / Bosses in Mu Lung Dojo will now feature the new Personality System, which allows them to do one of the following.    → Dash towards you to attack in a close range.    → Attack you within a distance.    → Teleport randomly to attack you. • All Monsters will also be able to use Special Skills as follows.    → Attack speed is increased if the monster is inflicted with abnormal status effects.    → Heal HP if the monster is inflicted with abnormal status effects.    → Revive and be invincible for a certain period of time after dying.    → Explode after dying, causing a stun.    → Inflict a bind after dying. 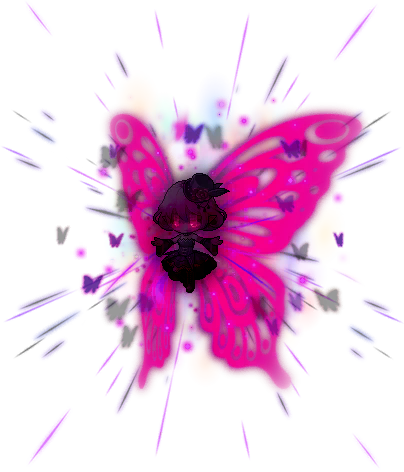 • Required Party Members: 1 ~ 6 • Time Limit: 30 Minutes (shared between all phases of the boss fight) • Entry Limit: Once per day • Clear Limit: Once per week • Recommended Arcane Force: 360 Are you able to go against the odds, and save the residents of Lacheln once again? New Quests & Medals • To receive the new quest challenge against Hard Lucid, you must first clear the Showdown quest. • Receive the quest from NPC Gasmask, Master of Nightmares Defeater. • Defeat Hard Lucid and receive a new medal: Master of Nightmares Defeater! Rewards Upon defeating Hard Lucid, you'll be bought to the outside of the Clock Tower to hit the Music Box to obtain rewards!