Ready to power up with all-new V skills? In NOVA, each type of classes have a new common skill, in addition to the already existing common skills available! 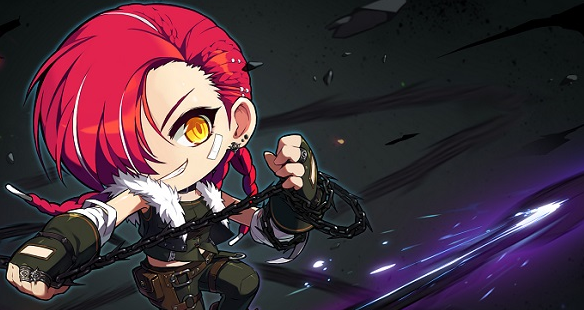 Born into a noble family of Grandis, Cadena’s life took a turn for the worse when Magnus invaded, her family among those marked for death. By sheer will of luck, Cadena was rescued by an unknown savior, an associate of the Shadow Merchants.
Eventually, she abandoned her original name and took the name Cadena for herself, which reflects on her choice of weapons, Chains. Vowing to avenge her family’s death, she joined the Shadow Merchants and honed her skills, starting on her journey to become stronger.

Cadena can be created from 22 November 2017 onwards (after maintenance).

Cadena will begin her journey in the stronghold of Shadow Merchants, in Savage Terminal, a planet in Grandis.
Savage Terminal can be accessed from Pantheon. 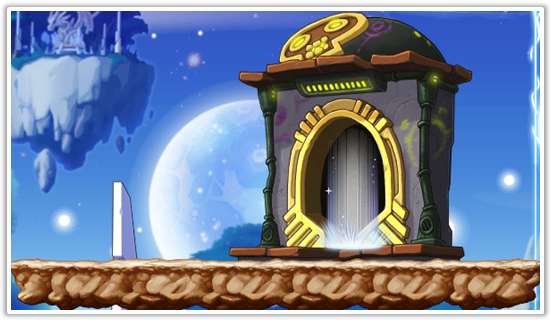 
Cadena uses her chains as her primary weapon, while summoning a large variety of weapons from her arsenal to aid in her quest for strength and victory. 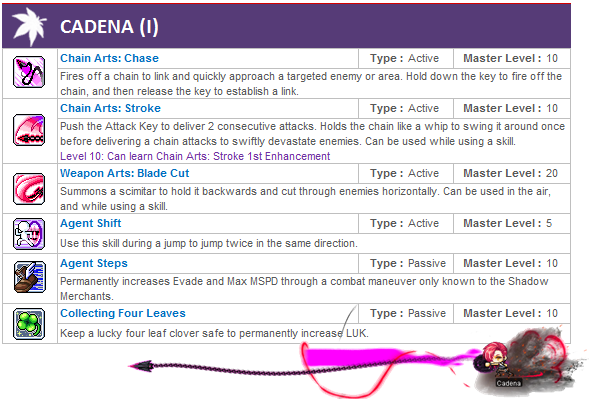 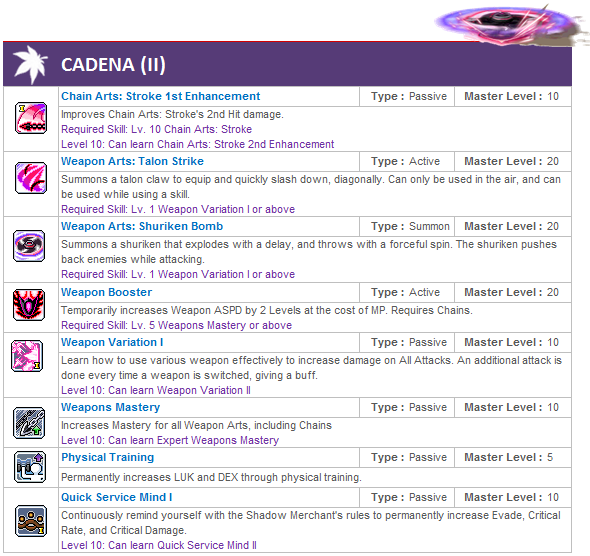 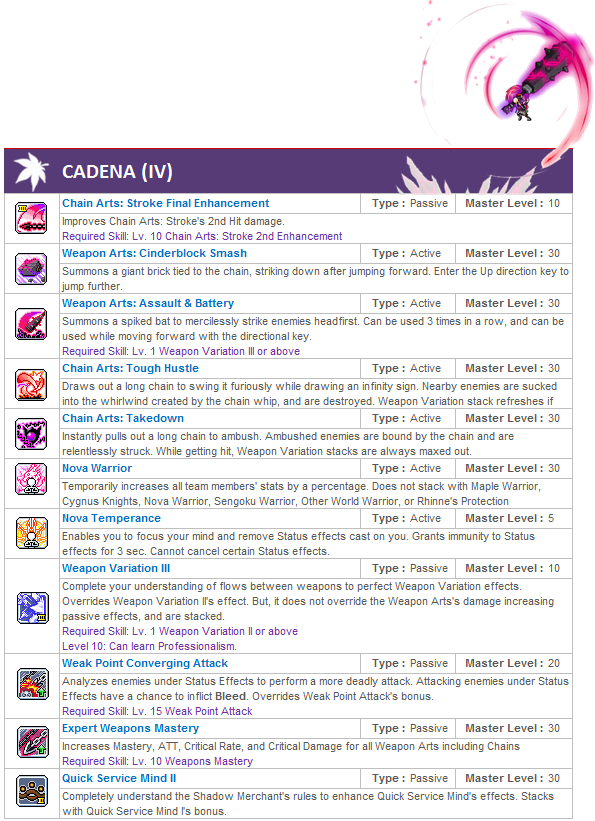 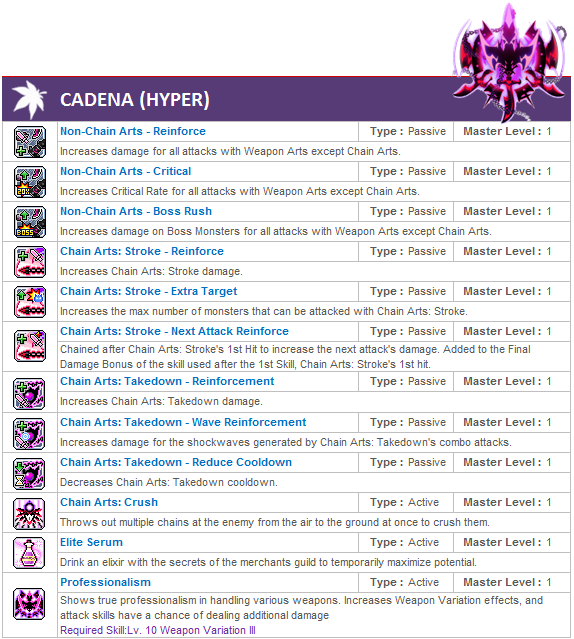 
Bosses now award more mesos compared to the past! New NPC Collector is now in the Free Market! 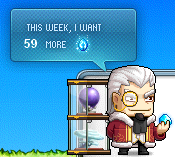 Bosses will now stop dropping mesos, but instead drop a Glowing Soul Crystal, which can be sold to the Collector for a large sum of mesos. 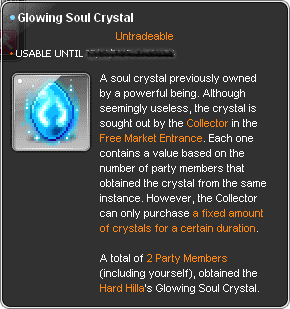 
Please take note of changes to the following boss's entries in the upcoming patch. Bosses not listed are not affected.


Bosses will now drop a fixed amount of Suspicious Cubes, Boss Medal of Honours, and Elixers/Power Elixirs.
New Accessories have been added to Hard Lotus and Hard Damien, the

Loose Control Machine Mark and the

A new Equipment Set has been added to the game, the Boss of Darkness Set. 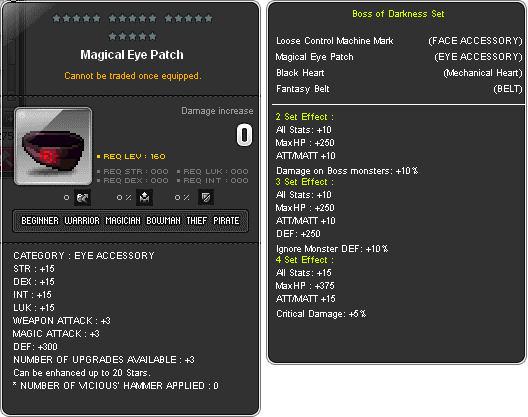 The Set consists of the following equipment:

Fantasy Belt has been removed from the Boss Accessory Set.


Ever wanted a place to record your every action? Want recognition for completing other goals in-game rather than your levels or damage alone? With the all-new Maple Achievement system, new goals are available for you to work towards to! 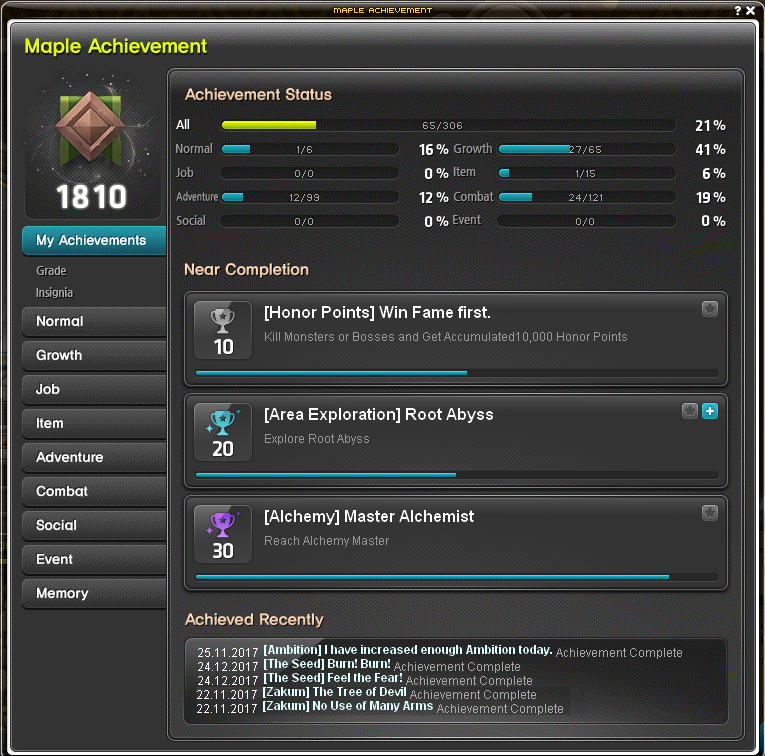 Start the Achievements quest by clicking on the relevant quest in the lightbulb, and access if from the Menu icon!

Completing an Achievement will let you earn points. These points are shared across your entire Maple Account. Different Achievements will award a different number of points, with harder Achievements awarding more points.


A new episode awaits! Enter the story in the shoes of a forgotten name and experience the war that unfolds... 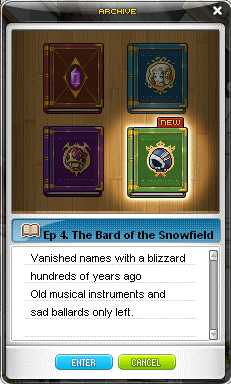 
Skills across the board have also received changes.

There were a few QoL updates as well, as follows:


Other miscellaneous updates include: