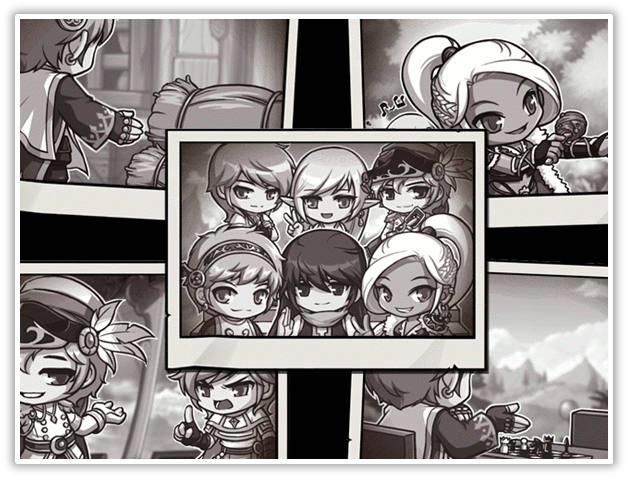 Back in Maple’s past, in a era long forgotten by the sands of time, there were 6 brave heroes – Luminous, Mercedes, Phantom, Evan, Eunwol and Aran. They were very close friends and comrades in battle, although Phantom was known to have an attitude. Together, they protected Maple World against the forces of evil. 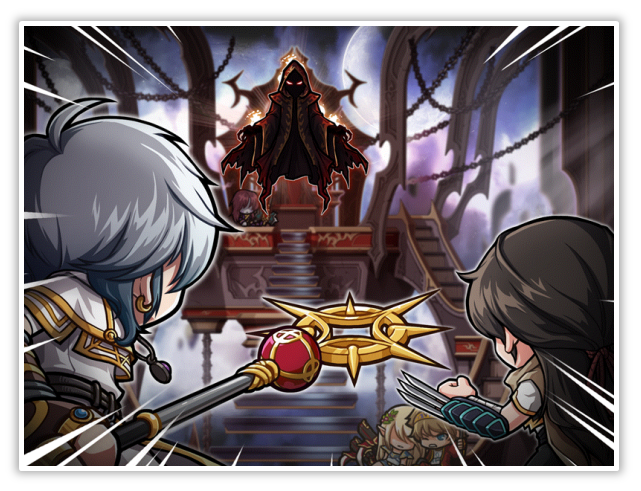 As fate would have it, the Black Mage invaded the Temple of Time and stole the powers of Rhinne, the Transcendence of Time, for himself. The six legendary heroes battled with all their might against the Black Mage, but were no match for him. Finally, Freud told of a Great Seal Spell, but in order for this powerful seal to work, it required a great sacrifice. At first, Freud said that the sacrifice would have to be him, but Luminous insisted that he was the one to do it. Eunwol intervened, saying that of all the heroes who were there, he was the best candidate as he had no family nor anyone that cares about him. So it was Eunwol who made the ultimate sacrifice in order to seal the Black Mage away.

Fast forward hundreds of years later, Eunwol wakes up in a strange town where all the inhabitants looked like little fox people known as Animas. This was the Pointy Fox Village on the planet of Vulpes. He is discovered by Moonbeam and her friends, who thought he was a funny looking creature with no ears and tail. Moonbeam and Eunwol soon became close friends. She brought him to visit the statue of the Fox God, and told him to make a wish. It was there that Eunwol gained the power of the spirits, a special power which everyone in the Village has. Eventually Eunwol managed to make his way to Maple World, but he discovered that things were not as what they were before. What seemed to him to be a year, was really a few centuries gone by. No one could remember his name, nor recognize him. It was as though Eunwol had never existed. He later found out that during their battle with the Black Mage, Freud had died from his injuries while the rest of the heroes were cursed and encased in ice. None of the heroes had any memory of who he was. Convinced that it was not a prank played on him, Eunwol was determined to find out the truth, and to lift the curse that has befallen Maple World. Eunwol set out to walk his own path, alone…

Join Eunwol as he journeys through Maple World and faces great perils and danger in his way. Will he succeed in his quest? Only YOU hold the key to his triumph! 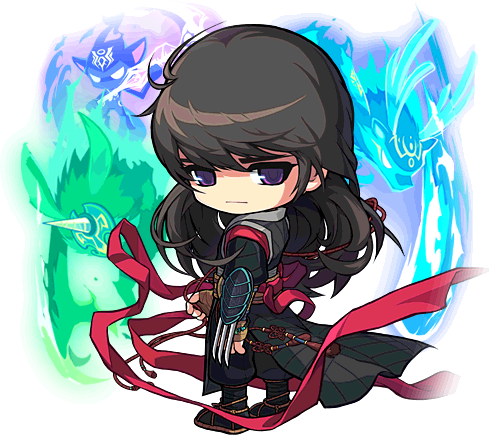 Eunwol is the first of the Pirate class type who has the ability to teleport around using the skill Fox Trot, and mixes melee and semi-long range attacks along with combos that are powerful and are able to debuff by summoning the power of the spirits. 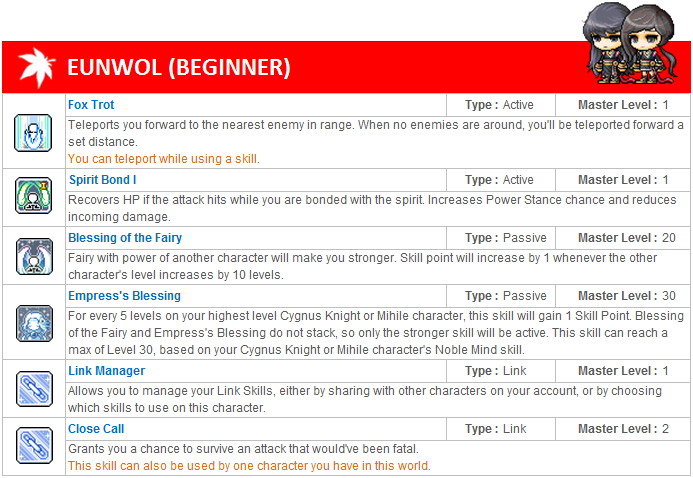 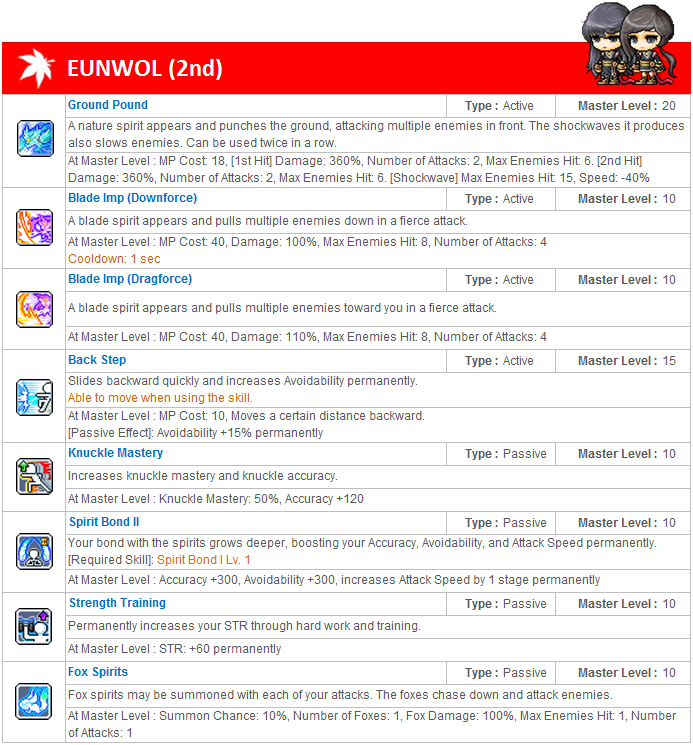 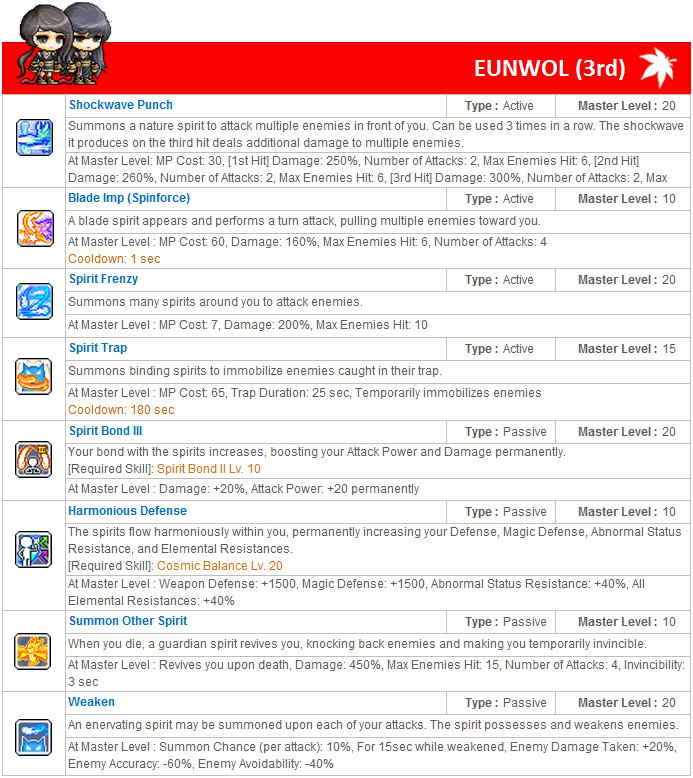 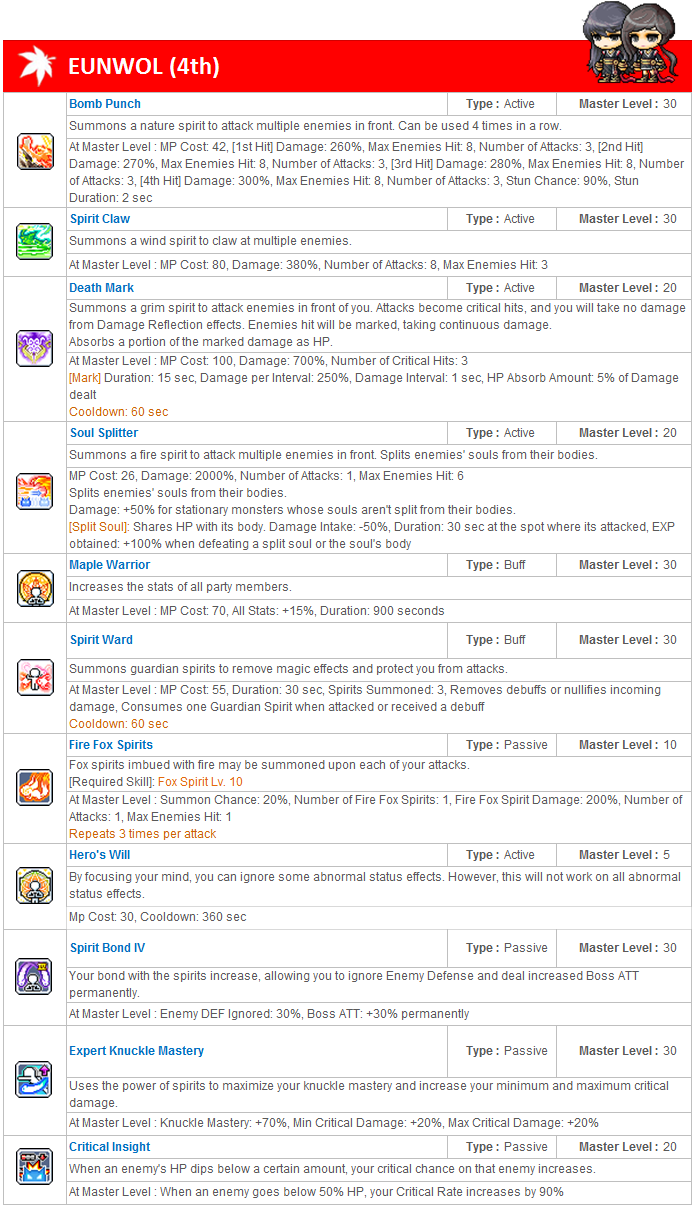 Have fun, and Happy Mapling!