A Message From CM Astrea : Removal of Hekaton and Kritias Invasion

Dear Maplers,
We would like to inform you of some important changes that would take effect with the V202 content update that will take place next Wednesday, 24th February 2021.
As part of MapleStorySEA's content improvement plans, less popular content will gradually be removed and replaced with better content in future. This would allow us to reallocate the resources invested in the upkeeping of such contents and invest them instead on bringing better and newer content and features that would allow you to get even more value and enjoyment out of playing MapleStorySEA.
In the upcoming content patch update, Kritias Invasion and Hekaton Boss Raid contents and their related quests will be removed due to their low participation rate. As such, players who are in possession of Hekaton Coins are advised to utilize them completely before the servers are brought down for our 24th February patch.
However, equipment that have been obtained from the abovementioned contents will not be removed. As such, items such as the Hekaton Signet and Pauldrons, if any, will remain in your possession.
We will also be removing NPC Fredrick from the Free Market Entrance, as its function is no longer relevant since the introduction of Auction House in our service. Do be reminded to claim any unclaimed Mesos and items from NPC Fredrick before his removal on 24th February 2021. Any unclaimed items or Mesos will not be able to be reinstated after the NPC's removal. 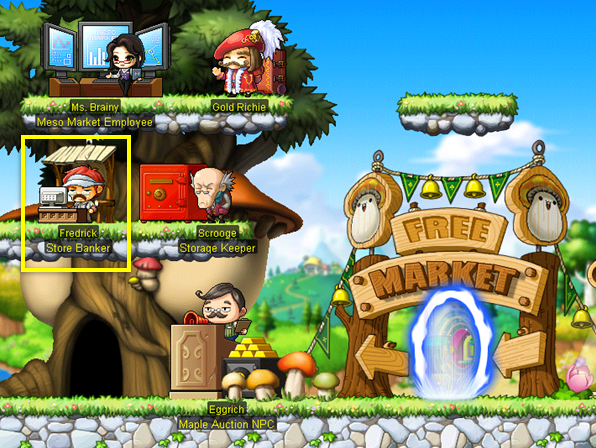 We look forward to your continued support for MapleStorySEA as we embark on newer adventures on the horizon! Stay tuned to our official news updates on these new contents as they come along!